Skip to main content
Predictation for the New Year My predictions, (1) A hail of pink slips. The unusual number of layoff announcements during the December holidays foreshadowed the main event, as most businesses seek to reduce headcount by 5% - 10% — and seriously affected businesses do much more. Like retail, as they close their marginal stores. (2) Retail bankruptcies. The extraordinary number of retail bankruptcies during the Christmas shopping season foreshadows the tsunami hitting in the first few months of 2009. (3) Many non-financial firms will collapse (meaning that their functioning is seriously disrupted due to financial problems). Some of this is expected: in the auto, retail, and construction industries. Most will be unexpected, big and small. Some will result from banks cutting off their loans (anecdotal reports suggest this is happening now to small firms). Some will result from revenue declines. This will drive many small and medium banks over the edge, following their larger cousins. There will be lots of bankruptcies as 2009 runs and even more in 2010. (4) Many local governments and agencies will collapse, perhaps even some states (e.g., Michigan?, California?). Many bankruptcies, although this might be a 2010 story — and will be strongly mitigated by Federal aid. (5) The recession will spread from the developed nations (most now in recession) to the emerging nations. (a) Watch China, as most experts expecting GDP growth of 4% - 8%. Outright decline is possible, and would force everyone (optimists and pessimists alike) back to the chalkboards to revise their calculations. (b) Watch the oil exporting nations, many of which will run large fiscal deficits. Iran needs $90 oil to balance its budget, Algeria $56, Saudi Arabia $50. Mexico has forward sold much of its 2009 production; after that the deluge if oil prices have not recovered. And top of the list: Russia! (6) The primary implication of the above guesses is that the Obama Administration starts behind the curve. The major factor will be when (or if) they update their OODA (observation-orientation-decision-action) loops to run as rapidly as events — responding to current events instead of (like Bernanke and Paulson) the situation as it was 3 months ago. I am confident that this will happen at some point in the downturn. Perhaps they might eventually understand the overall processes at work and act preemptively. (7) The window for Congress to act was November and December. Bold action could have buffered (not prevented) the shock. That window has closed. (8) As a result of these, Obama will be forced to wind down the war in Afghanistan finally realizing that it not "winnable", pulling troops back home. (a) The first large scale reform the military will begin as the money dries up (b) Big weapon firms will be forced to start looking at alternatives to making Army Toys, like alternative energy (might not be a bad thing) (9) People are getting tired of the two party one in the same theme, a new emerging third party will finally start to take hold (which direction, it is likely more an isolationalist and less big goverment venue, but who knows). (10) As a result of the above-big, centralized government does not work today, decentralization will begin, with focus on even less state, and more community governments (also a good thing, people take more interest in their goverment other than at tax time). (a) People will begin to get more autonomous again, like growing their own food (especially as food shipments get disrupted to the big cities) (b) People will either adapt financially and finally begin to get fugile, or join the riots that will occur as the Feds and states cannot pay out the massive amounts of unemployment. (c) Local, community governments and non-community governments gain more power. (11) A larger, dangerous issue is non state or 4th Generation warfare. What I call "the underclass" (criminal groups) will emerge. Our biggest threat will not be Islam, or Russia and China (as the the big weapons' firm controlled Congress and their think tanks would like us to believe), but it will be from our southern border with Mexico as it slips into being controlled by non-state groups. U.S. drug use is/will intensify here as people try to escape the disasters, and the drug cartels will grow stronger. Our government will be forced to deploy the troops returning from the Middle East and Afghanistan to the southern border not to deny immigrants (will be part of it because there are no jobs here), but to fight for control of our border. Happy New Year, Don 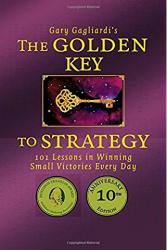